The FA has confirmed that no formal action will be taken against the Manchester United manager over his comments ahead of a clash with City. 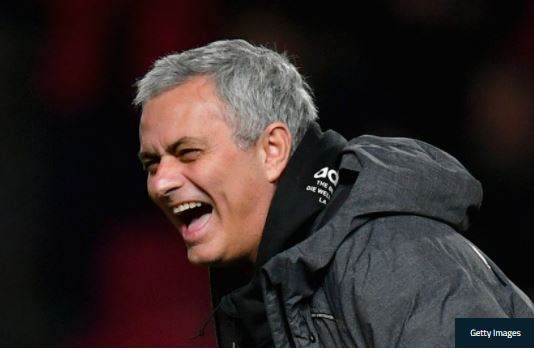 Jose Mourinho
Manchester United manager Jose Mourinho will face no formal action over comments he made to the media ahead of the Manchester derby, the Football Association (FA) has confirmed.
Mourinho accused City of gamesmanship in the build-up to the December 10 meeting, which Pep Guardiola’s side won 2-1 at Old Trafford to move 11 points clear at the top of the Premier League table.
“A little bit of wind and they fall,” Mourinho had said, prompting the FA to ask the United manager to explain his comments.
While the FA confirmed on Thursday the body has opted not to charge Mourinho, he was warned about his future conduct.
“Following a review of the evidence provided by the club, the FA will be taking no formal action, but have reminded Jose Mourinho any further public comments about match officials may result in disciplinary action,” an FA statement read.
Earlier on Thursday, the FA confirmed there will be no formal action taken against either United or City following a skirmish involving players and staff in the Old Trafford tunnel.
Mourinho reportedly approached the City dressing room to complain about loud music being played, leading to a clash involving up to 30 people.
“Following a review of the evidence provided by the clubs and independent eyewitnesses the FA will be taking no formal action,” said the organisation’s statement.
Facebook Comments
READ  El clasico won't be on British television again... Details