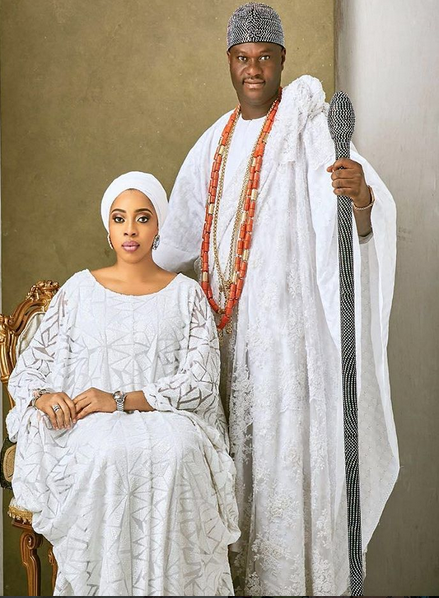 Despite claims by an Ifa priest that former Queen of Ife, Olori Wuraola can not remarry without performing serious traditional rites, it is reported that the Queen Zaynab, is now free to date anyone she desires .

According to the Boss Newspapers owned by Dele Momodu, the Ooni of Ife, Oba Adeyeye Enitan Ogunwusi has given her the go-ahead after the bride price paid was allegedly returned by the elders of Benin. According to the report
The coast seems clear now for Queen Zynab, the former wife of His Imperial Majesty, Oba Adeyeye Ogunwusi to begin a new life and remarry if she so wishes as reports reaching us indicate that elders of her family have returned her bride price.
The Boss Newspaper gathered that elders of the Otiti family of Benin as is customary,  returned the bride price as is customary during the week and it was a strictly hush-hush family affair.
According to a source in Benin, The Ooni was at first reluctant but was persuaded by the elders as a way of closing the controversial marriage and separation… The OONI was quoted to have exclaimed that “she’s free now, she’s free…”
The elders had sued for amicable settlement instead of a rough separation. Both families appeared relieved about this final foreclosure of the marriage that lasted less than two years