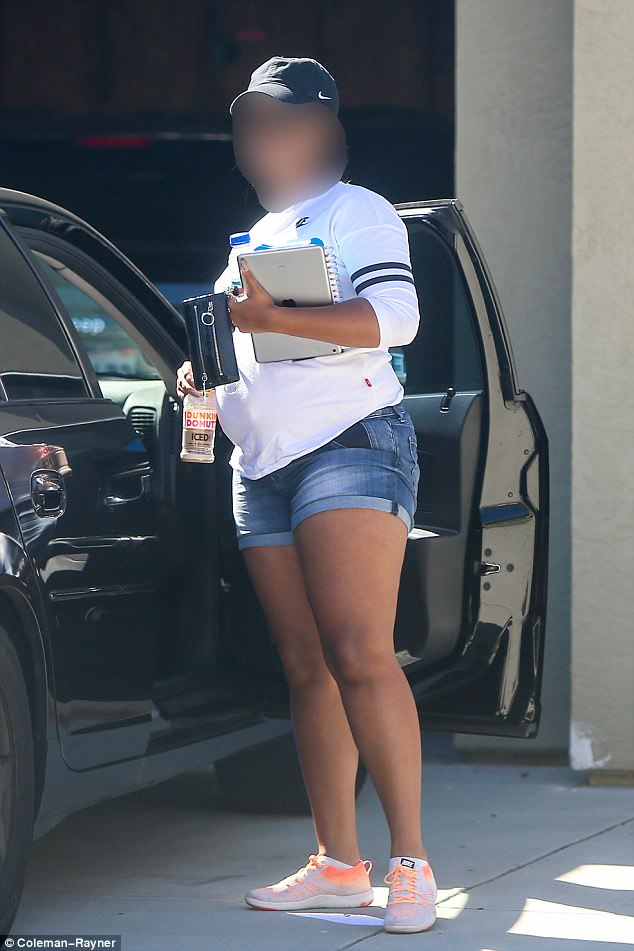 The married mother-of-two was seen getting into a black sedan car while her hands were full. She has not been seen since mid September.

Though there have been reports the college graduate is pregnant with a girl due in late January, Kim generated a rumour on Monday that her surrogate – who has yet to be named – could be expecting twins when she tweeted: ‘Anyone know who makes the best double stroller? Not a tiny compact one but regular size 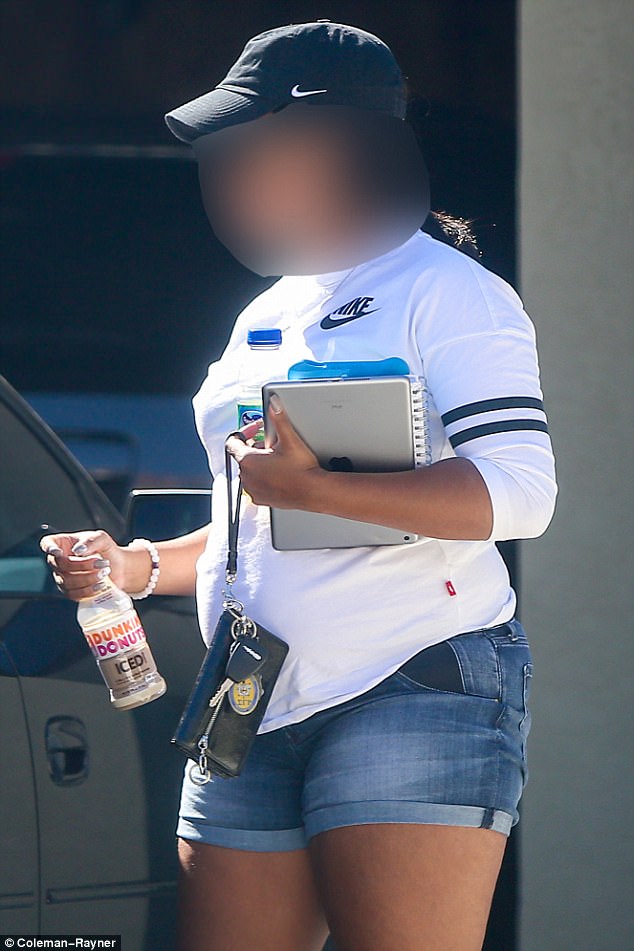 Fans immediately started asking if the pinup was expecting twins.

But then the daughter of Kris Jenner, 61, quickly cleared up her intention with another tweet: ‘I have two kids people!!!! LOL.’ 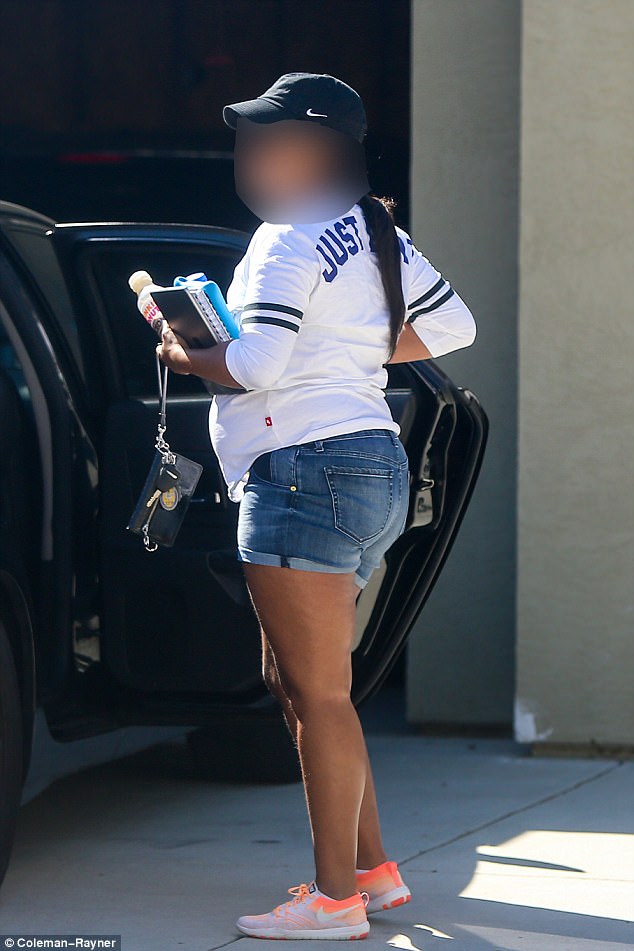