Singer Flavour is not only known for his good musical vibes in Nigeria, but he is also known for his love for women and impregnating them is a simple task for him. So far the Na’abnia corona have 2 babies from different mothers and he may have just shared the 3rd babymama’s picture this time according to one of his fans.

Flavour has been called out from most of his fans as he shared yet another beautiful photo of a very beautiful young lady which his fans now believe she could be the 3rd babymama in-line. He is far away in Miami, United States for a video shoot and it is believed that the girl is one of his dancers or something. Hmmm Isn’t it how it all start?

Most fans commented on the post and warned the girl to beware of Flavour citing all his deeds in Naija while others are simply blasted him and telling him we have better naija girls for him. 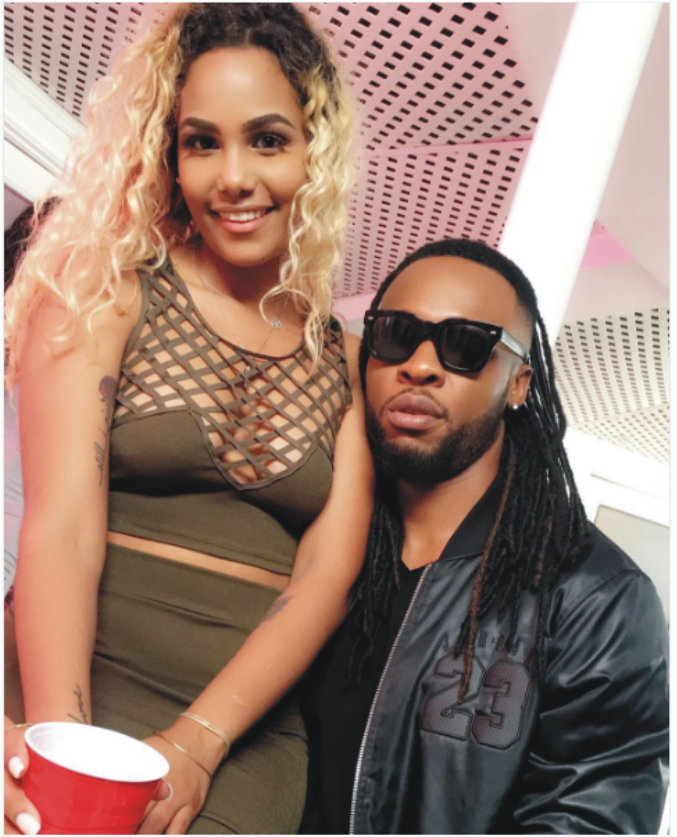