Nigerian rapper, Iceberg Slim and his actress girlfriend, Juliet Ibrahim, were captured on camera kissing during their live interview in Lagos. 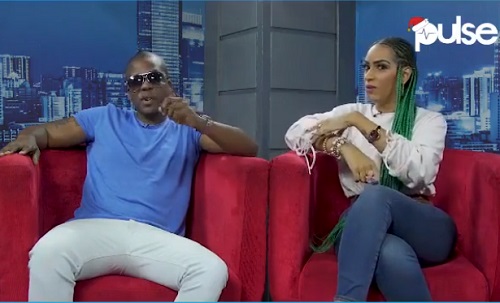 The couple during the interview
Pretty Ghanaian actress, Juliet Ibrahim, who has since gone public with her new found romance with Nigerian rapper, Iceberg Slim, has once again showed the entire world that they are really in love with each other.
While the couple were speaking during an exclusive interview with Pulse TV, the pretty actress who found love in the arms of the US-born musician, was asked to kiss the rapper whose real name is Olusegun Olowookere, and they indeed kissed not once but twice. 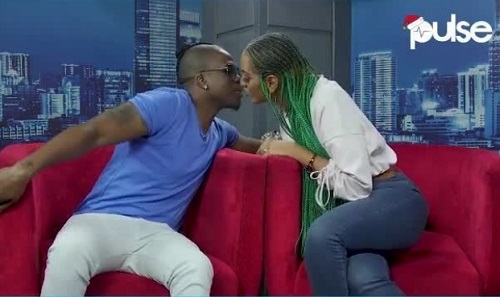 Watch the romantic video clip below;

Nigerian rapper, @iamIcebergSlim and his Ghanaian actress girlfriend, @julietibrahim showed the world how inlove they are, after the couple shared a kiss during their interview at @PulseNigeria247 HQ.

Whatever Ice is doing, he shouldn't stop. This love ?? is surreal!!! pic.twitter.com/uHjR3SZxYd