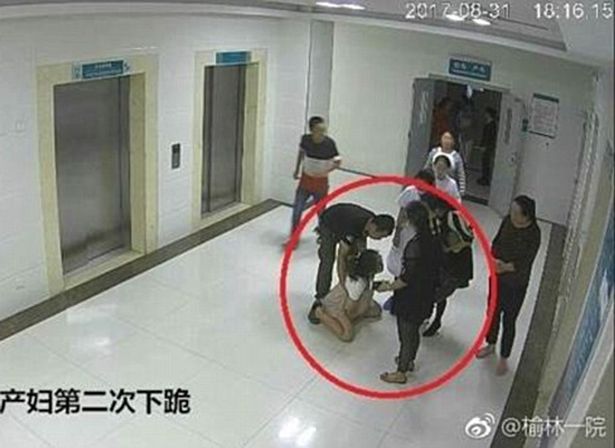 A heavily pregnant woman who apparently committed suicide after begging for a caesarean was seen on CCTV doubled over in pain in the final hours before her death.

The 26-year-old woman and her unborn baby died after she fell from the fifth floor of the hospital she was being treated in.
She had reportedly begged for a caesarean after the baby’s head, which was too large for a natural delivery, caused her intense pain.
But she reportedly killed herself when her family, who under Chinese law had to give permission, refused her surgery.

This video shows her hobbling around the maternity ward in the final hours before her death.

The woman, who was reportedly 41 weeks pregnant, was unable to stand unaided and was visibly upset and in pain. 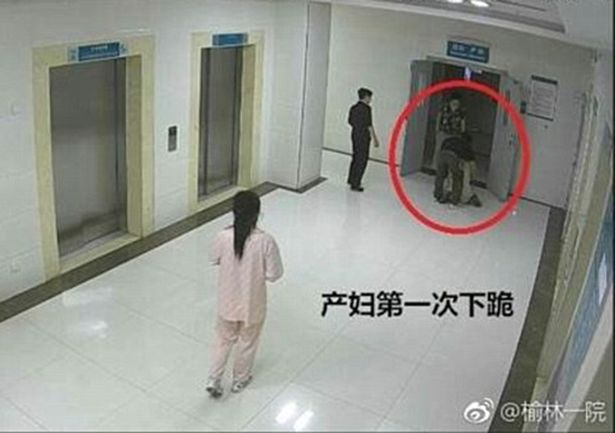 Doctors at the No 1 Hospital in the city of Yulin in Shaanxi Province, northern China, examined her and determined that she needed a caesarean as she was not able to give birth naturally because the baby’s head was too big.But her family insisted on a natural birth and refused her the right to undergo the procedure.

Under Chinese law, family must give their permission for a woman to have a C-section.

The woman fell to her death from the window after repeatedly trying to leave the medical centre.

Her unborn foetus also died in the incident.

The woman’s medical notes read: “The pregnant woman twice walked out of the ward to tell her family that she wanted a caesarean because she could no longer bear the pain, but the family continued to insist on a natural delivery.”

Police told local media that the woman’s death was being treated as a suicide.

Her death has sparked protests online.