Manchester United were lucky not to be beaten by Newcastle on Tuesday night as goals from Wayne Rooney and Jesse Lingard were not enough to give Britain’s biggest club a much desired three points. Louis Van Gaal admitted pre-match that even he got bored watching his side. So were there stifled yawns all round at St James’ Park? Not a bit of it. 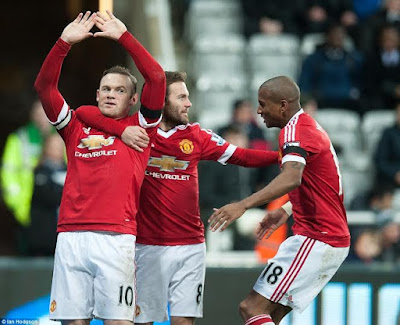 The neutrals would say this is the most thrilling and entertaining match Manchester United have played this season despite playing a draw because of it’s swashbuckling end to end nature of football that saw both keepers put in the shift most of the time.

United had won their last two matches against Newcastle and at half time it seemed to be heading that way before goals from Newcastle players Wijnaldum,Mitrovic and Dummet sent Newcastle’s home ground into splinters.

Wayne Rooney scored the first goal via a well deserved penalty before youngster Jesse Lingard doubled the scoreline in the 38th minute but goals from Wijnaldum and Aleksandr Mitrovic in the next 40 minutes ensured that the last twenty minutes was action packed and filled with frantic moments. 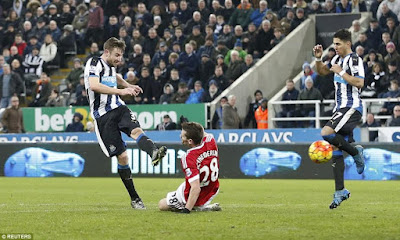 Wayne Rooney, much often criticized this season as a spent force scored a spectacular goal in the 79th minute but with a minute to go homegrown lad Dummet gave the travelling Man Utd fans something to ponder about. Will the Louis van Gaal experiment still continue? 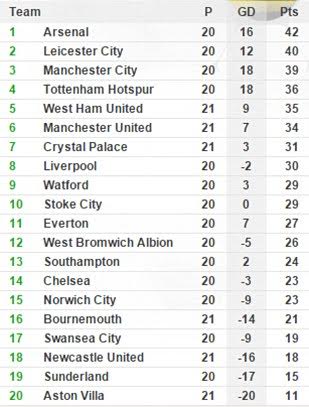 Other EPL Results
-Bournemouth 1-3 West Ham. Eddie Howe’s men were shocked at home by West Ham who demolished Bournemouth in this four goal thriller.
-Aston Villa 1-0 Crystal Palace. Aston Villa boosted their survival hopes with a well fought and dogged performance that ensured they picked up all three points against a high flying Crystal Palace.