Mario Balotelli says he would return to Manchester City for ‘free’ if the opportunity becomes available. 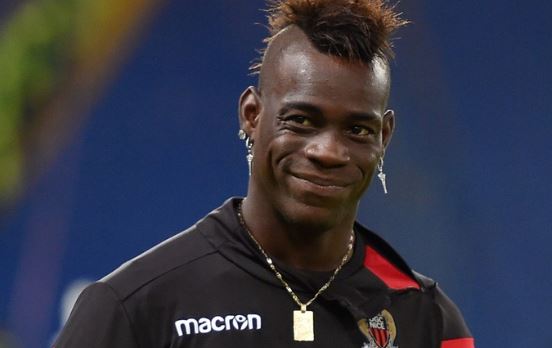 Mario Balotelli
Former Manchester City striker Mario Balotelli has revealed he still “loves” the Premier League club and would return to the Etihad Stadium for free if the opportunity arises in the future.
The 27-year old enjoyed an eventful two-and-a-half-year spell at City, where he scored 20 league goals in 54 appearances, after joining from Inter Milan for £24m in 2010.
Signed by former manager Roberto Mancini, Balotelli became embroiled in a number of incidents both on and off the field, headed by training ground bust-ups while fireworks were set off in his bathroom in 2011.
Despite the controversies, the Italy international has revealed he maintains a connection with City, admitting his time at the club was among the best of his career.
“I love Manchester City. I love Manchester City fans. I love this Club,” said Balotelli.
“I would go back to City for free. For me, the year with Manchester City has been the best one of my life.”
Balotelli departed City for AC Milan in January 2013 after a confrontation with Mancini, who later described the player as the “best Italian striker of the last few years”.
The Italy forward helped City to their first Premier League title in 2011/12 when assisting Sergio Aguero for a last-gasp goal against QPR as they came from behind to snatch the title away from rivals Manchester United.
Balotelli has revealed that his early life at the club was a “struggle” but he is pleased to see the club excelling this season under boss Pep Guardiola.
“Honestly, at the beginning, it was difficult to live in Manchester, which is different from London, and I struggled a little bit,” he said.
“But speaking of football, Manchester City are amazing. I am very happy that they have been doing so well, and I hope they will go on to win the Premier League well in advance.”
Facebook Comments
READ  John Terry, Rio Ferdinand and Ashley Cole set to put differences aside for David Beckham's charity match