Ronda Rousey, the former Ultimate Fighting Championship (UFC) women’s bantamweight champion, ended her 12-fight winning streak on Saturday when she was defeated by Holly Holm at Etihad Stadium in Melbourne, Australia. Before the fight, she boasted about how she was going to knock Holly out for being disrespectful and 2 sided. But it didn’t end the way she planned it. She had talked about the fight on her IG page. She said:

“Fake a– cheap shotting fake respect fake humility b–ch – “preacher’s daughter” my ass – I see through your fake sweet act now,” she captioned the video. “You’re getting your ass kicked tomorrow, and I’m really going to enjoy the beating I give you #andSTILL.”

However, Holly knocked her out within 59 seconds of the 2nd round. 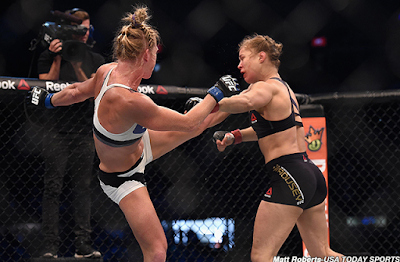 Rousey, who was briefly unconscious after receiving a kick to the head from Holm approximately 59 seconds into the second round, was transported to a hospital following the fight. According to UFC president Dana White, Rousey’s lip was split in half and had to be sewn back together.
The epic upset caused a stir on the Internet following the match. Gaga was just one of the many celebrities and fans who took to social media to weigh in on Rousey’s first MMA loss.
The singer-turned-actress posted a photo of Holm knocking out Rousey on Instagram on Saturday, captioning it, “THATS WHAT YOU GET FOR NOT TOUCHING GLOVES!” 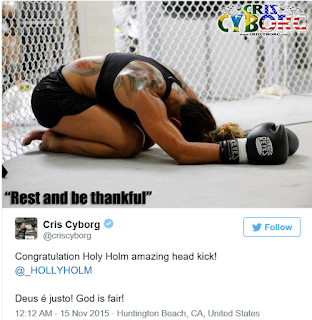 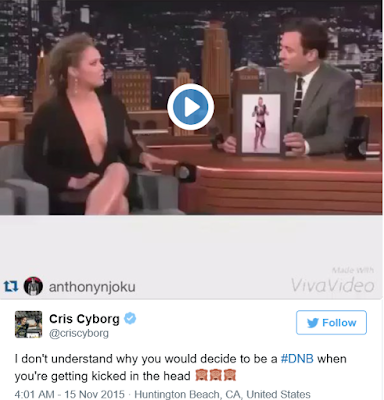 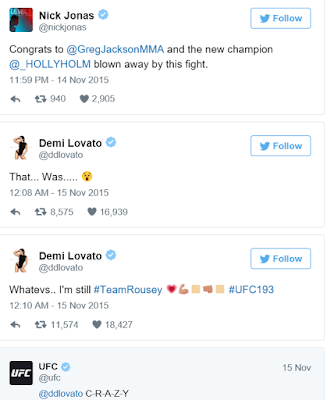 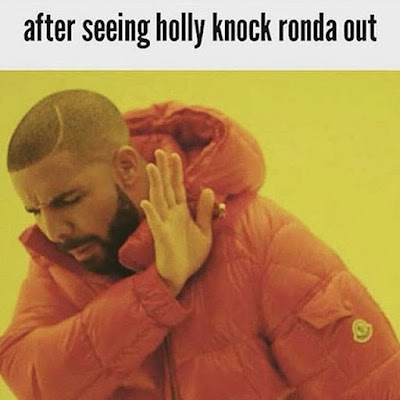