A woman who tried to kill her husband by lacing his drink with antifreeze has been jailed for 15 years.
Jacqueline Patrick, 55, poisoned 70-year-old Douglas Patrick’s favourite dink and gave it to him alongside a late night supper on Christmas Day .
She had been encouraged by their daughter Katherine Patrick, 21, who collapsed in the dock in floods of tears as she was jailed for three years for helping her mum.
The court was told that Mrs Patrick had first tried to kill Douglas in October 2013, but when he survived she continued to put harmful substances in his drinks. 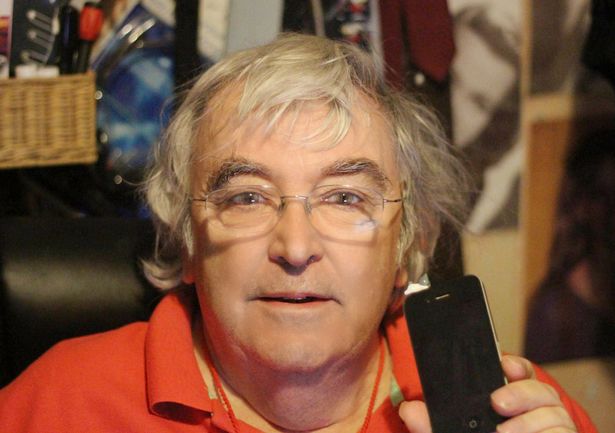 Mrs Patrick tried to finish the job on Christmas Day, slipping anti-freeze into two glasses of cherry Lambrini drinks and leaving him fighting for his life in hospital.

Text messages showed Mrs Patrick and her daughter also contemplated organising an attack on Mr Patrick, a retired bus driver, as he went to his car, and they monitored the effects of the poisoning through the weeks leading to Christmas.
The plot was exposed when police discovered a fake note asking to ‘die with dignity’ which had actually been mocked up by his wife.
In the ambulance, Mrs Patrick claimed her husband had muttered: “Goodbye, I done it and I don’t want to be here anymore.”
But texts revealed the mother and daughter had plotted the poisoning together, and sent each other updates saying including one saying: ‘dad feels sick’. 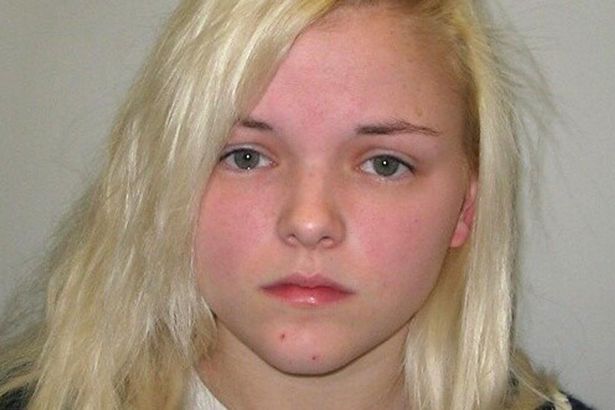 Mr Patrick was put into an induced coma which lasted for nearly two weeks, and blood tests revealed that he had been poisoned with anti-freeze.
His wife then suggested her husband may have drunk a blue liquid by mistake, but suspicious doctors decided to call police.
Detectives found bottles of anti-freeze and a bottle of cherry Lambrini at the family home in Norwood, southeast London.
When Mr Patrick regained consciousness on January 8 last year, he said he was not suicidal and denied drinking anti-freeze to kill himself.

He then pointed to the Christmas Lambrini drinks which he said left him drunker than usual.
Mr Patrick also told officers he had suffered a similar collapse in October 2013 which left him in hospital for eight days.

His wife and daughter were arrested the following day and gave accounts in interview riddled with inconsistencies.

The doctor saw the typed note supposedly from Mr Patrick, saying: “I Douglas Patrick do not wish to be revived as I would like to die with dignity with my family by my side”.
“The doctor discounted it immediately as it was unsigned and undated and lacked the essential particulars”, said Mr Brown.
He said the doctor then quizzed Mrs Patrick about what could have caused her husband’s collapse.
She suggested Mr Patrick may have accidentally drunk anti-freeze as he liked to drink alcohol out of containers which used to have other liquids. 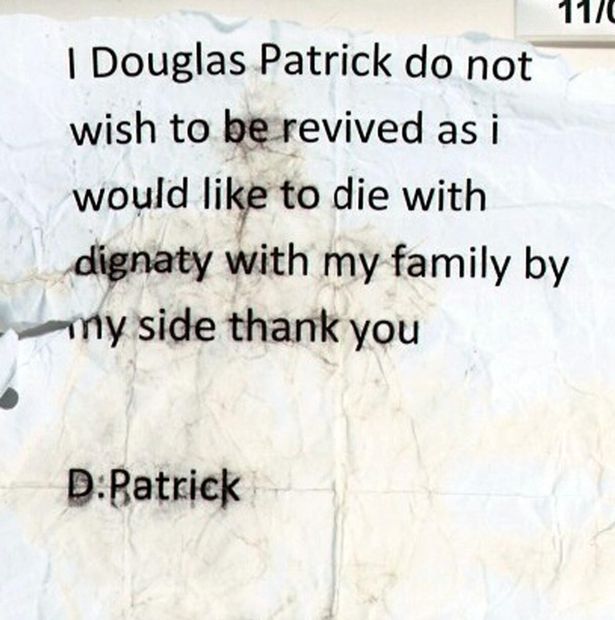 In an impact statement, Mr Patrick pleaded with the judge not to jail his wife and daughter but said the poisoning had ‘broken me – I’m just a shell now’.

“Despite it all I’m still Jacqueline’s husband and still Katherine’s father. I almost pray for a suspended sentence or a tag.”I cry all the time, I can’t hold myself together”.
“I could not believe it and I still can’t believe it.”

In a further statement, he revealed that he had asked police to drop the case and was scared of reprisals from people close to the family.

“I’m in fear people will recognise me from the press. People known to the family blame me for this and think I abused Jacqueline and the my daughters”