A Nigerian lesbian woman, 53-year-old Moji Solar-Percy, walked down the aisle with her American ‘wife’ on Tuesday in the US. Solar-Percy, a real estate mogul, runs a company, Solar Worldwide Realty Inc. in Staten Island, New York. She gushed about her love for the woman, with whom she probably would have been arrested if the wedding had taken place in Nigeria.

Solar-Percy, who hails from Ijero-Ekiti, Ekiti State, describes herself as a mother, realtor, LGBT activist, speaker, coach and host on her Facebook page, did not reveal the name of her partner.

She wrote on her Facebook wall, where friends and families have been celebrating her new status, that she embarked on the marital journey with fear.

“Today I woke up in a cold sweat. I was drenched with fear, for a moment. I forgot where I was. I ask you all to close your eyes, imagine what would have happened Saturday at our wedding if we were in Nigeria.

“Even though we went to great lengths to make sure we had security, the thought of the police barging in and arresting all our guests, my wife and I, to be carted off to jail, the women raped and beaten, the men brutalised, and my children beaten along with everyone else.

“When I got my bearings, I got on my knees and thanked God for his grace of living in the US. Then I remembered all the people that could not do what we did with grace and class.To all of you (gay) all over Africa, #westandforyou. May all our days be filled with blessings and grace.”

In another post on Facebook, she hinted that one of her children, actually did her make-up and hair.

“My make-up was all I wanted that day. My weave looked like it grew out of my scalp. To have my first child do my hair and make-up, then walk me down the aisle was one of the best memories of the evening,” she said.

According to her, the daughter had been doing her hair and makeup since she was 12.

In the wedding, which was well attended by other Nigerians in the US, Solar-Percy and her bridge decked up in both traditional attires, while another picture she posted showed her wearing a white wedding gown and being attended to by her first child. 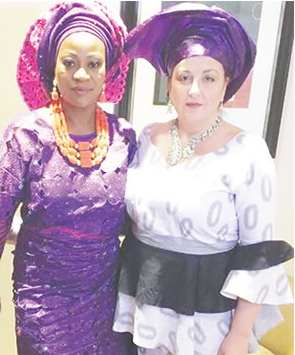 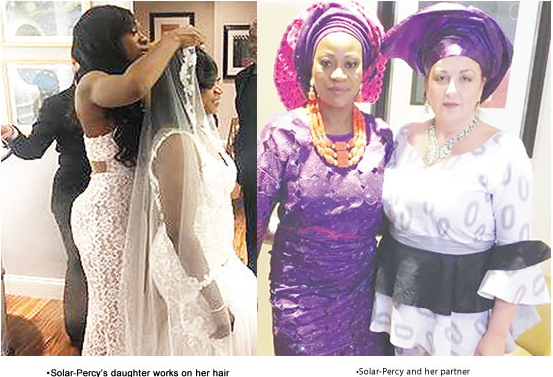 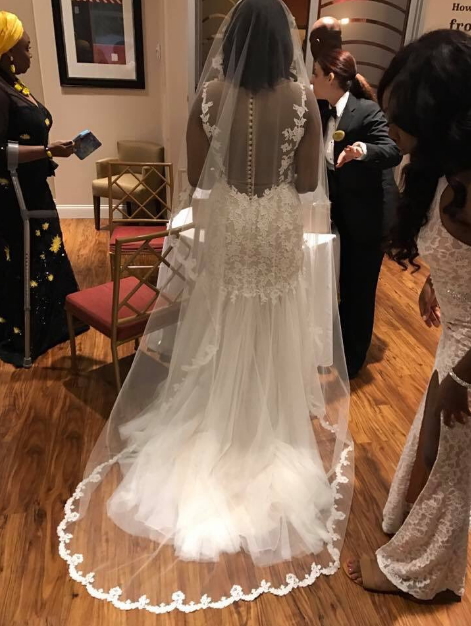 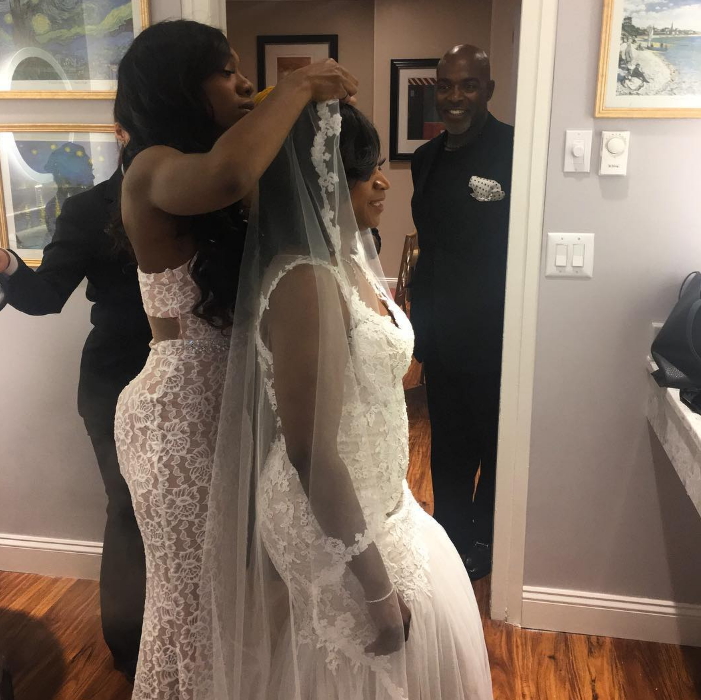 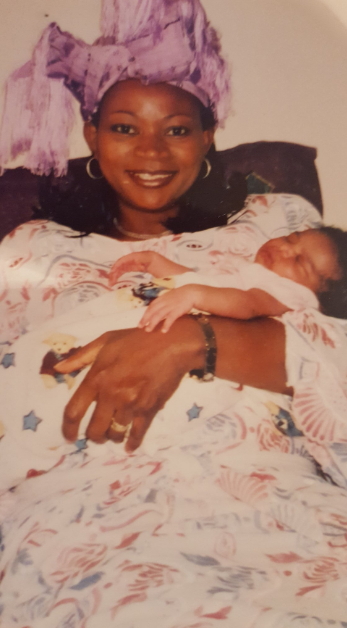