Man accuses Olamide’s brother and member of YBNL, DJ Enimoney of nearly stabbing him to death at a popular nightclub in Lagos, Quilox. 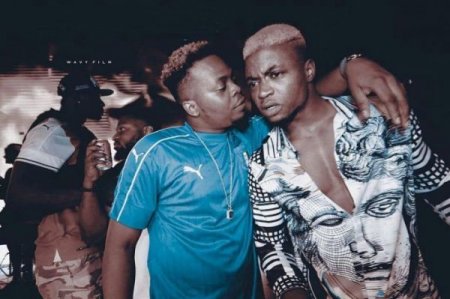 The guy took to his Instagram page to share how the incident happened, cutting from what he shared on Instagram, he said DJ Enimoney with the support of the YBNL crew and Quilox worker attempt to kill him and not to fight him at all.

After stabbing him, they left him inside a room while he was bleeding and he said, DJ Enimoney stabbed him in the chest aiming to stab him to the heart.

Check out how he shared it below:- 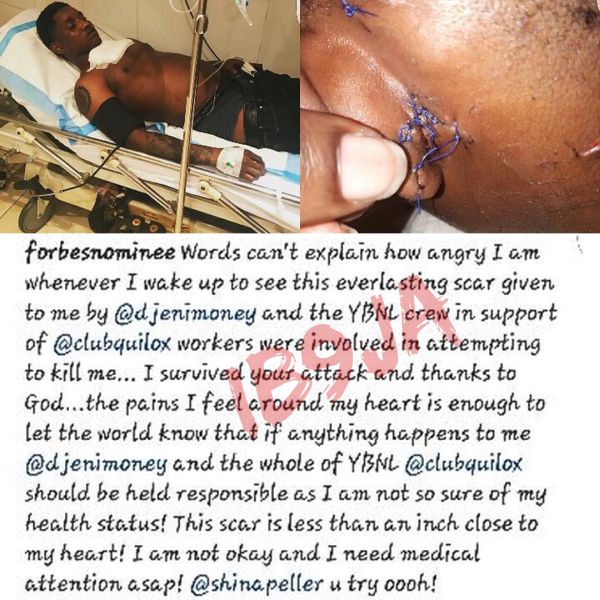 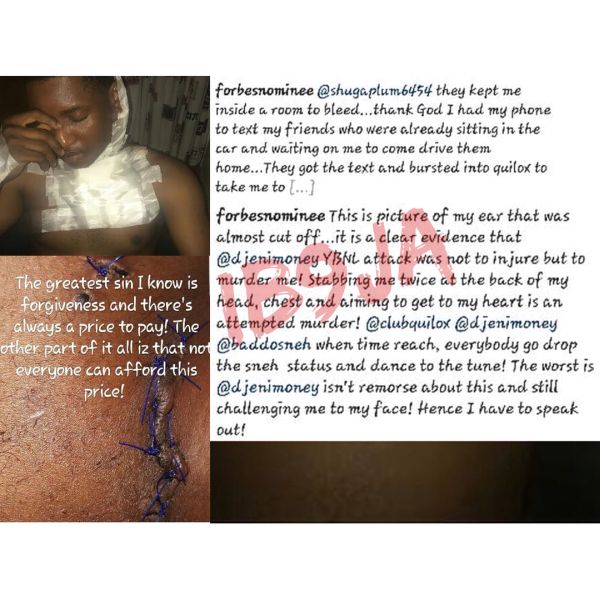