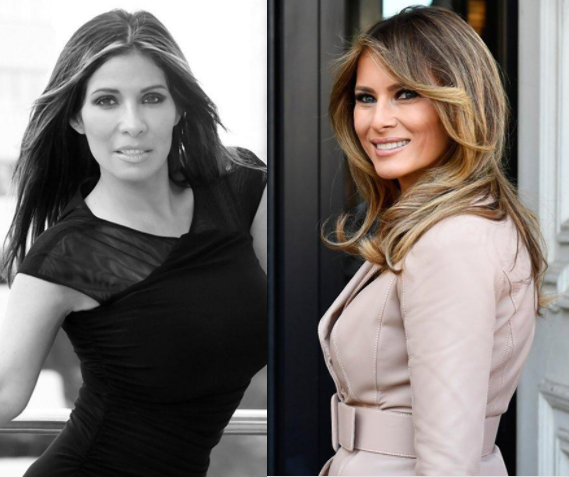 Last year, after a battle with breast cancer, a 42-year-old Houston woman decided to have a slew of surgeries to make her look more like the First Lady, Melania Trump.

In November, Claudia Sierra went on her first date after reconstructive surgery. After a few more dates, the man asked her age; she was 41 at the time, but he didn’t believe her.

Get your driver’s license out for me,” he said, Sierra told the Daily News.

He thought she looked older.

“That was the straw that broke the camel’s back,” Sierra said. “I was 41 years old and I decided that I have to change everything about me.”

The following Monday, she called Dr. Franklin Rose, one of the premiere plastic surgeons in Houston. She told him what she wanted: liposuction, a Brazilian buttock lift, eyelid lift, breast reconstructions, a nose job, Botox, fillers and injectable treatments.The cost came back between $50,000 and $70,000, .

I was getting rejected by men and it was killing my soul. Nobody was picking me. So I said, ‘let me change everything because I don’t want any part that’s been touched by anyone.’”

In June, Sierra underwent nine procedures over the span of 10 hours. She reshaped her face to look like Melania Trump, who she admired for her courage in standing up in the face of her critics.

She changed everything. But she’s still not dating.

“I’m labeled as that sick girl, but I’m not. I’m a healthy, happy person,” Sierra told The News.
I’m not mentally unstable. I knew what I wanted to do for me. Unfortunately, we don’t know how long we have here, so while I’m here, I wanted to be happy and I wanted to shine.”

Some friends have stuck around. Others vanished.Sierra said she wants to go out, to dinner and dancing. She doesn’t want to hide. And Melania Trump has given her inspiration.