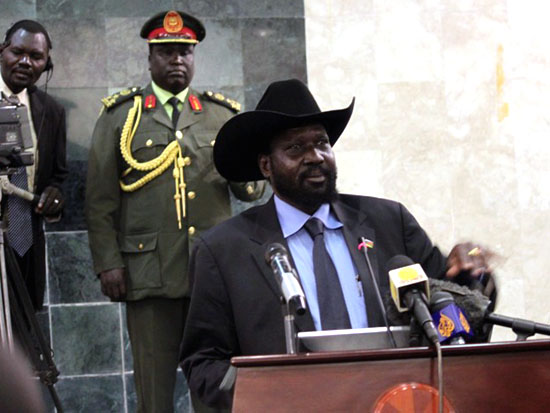 Three American journalists intercepted at the Nadapal border in Namurunyang State, Eastern Equatorial have been deported by South Sudan government. The government said that the journalists have visa issues.

Foreign Affairs ministry spokesman, Mr. Makol Mawien, said the journalists’ deportation happened last Friday, but did not give their names or the organisations they work for. Mawien explained the foreign journalists crossed the border through Lokichoggio in Kenya, without acquiring a visa at the South Sudan embassy in Nairobi:

Yes, they were three American journalists who crossed into the country through Nadapal from Kenya without fulfilling the normal visa requirements in Nairobi. So, they were intercepted and sent back to apply for a visa.

The ministry spokesman said the three would be allowed entry if they acquired the visas. The South Sudan media regulator recently imposed a ban on about 20 unnamed foreign journalists, an order that attracted international condemnation, occasioning its reversal. The media regulator later said foreign journalists were free to enter and operate in the country. The South Sudan media environment became dangerous especially after the outbreak of violence in 2013. To date, dozens of journalists have lost their lives in their line of duty in the country. Several journalists have opted out of the the profession, while many others have fled South Sudan out of fear for their lives.

Facebook Comments
READ  MUST SEE:The Most Expensive and Sophisticated House Ever Built In Nigeria