Yes! you heard it here first. After Wizkid’s concert stunt he played on his fans and lovers of entertainment, where Davido performed with him, we all got to realize that, the sworn enemies had buried their hatchet and moved on with their lives. 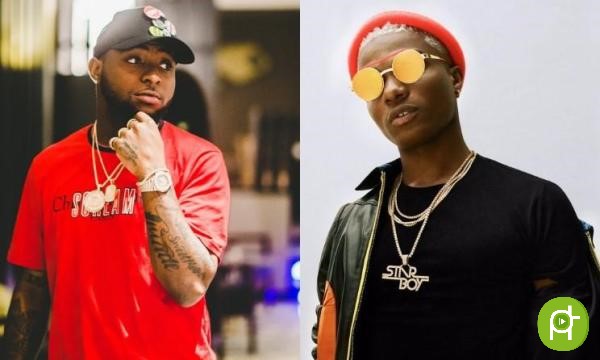 Not only have they moved on, they have become closer than they used to be in the early years of their music career. For those of us (lovers of Davido and good music) who were present at Eko Hotels for Davido’s 30 Billion Concert or watched it from video clips released by those in attendance, recall how Davido introduced Wizkid on stage to perform Manya.

Well, a verified inside source, says that Wizkid and Davido have not only been showing themselves love in the past weeks but have also been physically chilling with themselves. Yes! It is said that Wizkid paid a visit to Davido’s humble abode a few days back, though on a low key.

That same source says that Davido and Wizkid are cooking a jam which will not only shake Nigeria but will move through all the countries in Africa, then Europe, America, Asia and the rest of the continents.

Yes, it is that big! Let’s call this the African version of 2pac and Biggie’s collaboration (which we never got. May their souls rest in peace).

Well, I can only imagine what this will bring out, the cash they will make from sales and distribution through Sony might make them retire earlier than they ought to because anything coming from these two African legends will definitely shake the world. We are patiently waiting.