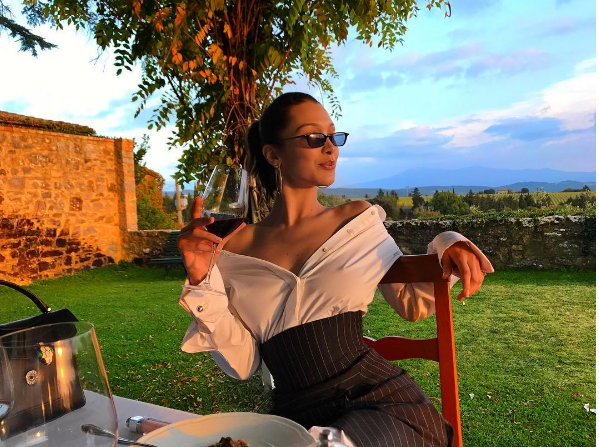 Bella Hadid has appeared to throw shade following the demise of her ex , The Weeknd and Selena Gomez’ relationship.

Shortly after the news hit the internet,she posted this photo,sipping wine with a smirk on her face. She also used the love emoji.

If you recall, the model and the Canadian singer had been dating for two years when they called it quits in November 2016.Much to the surprise of everyone and probably Hadid,by January 2017,he quickly moved on to Selena and they looked very much in love