Human Ken Doll, Rodrigo Alves, who has had over 50 cosmetic and plastic surgeries, has been involved with yet another procedure, and has shown-off results of the chemical process which is peeling his face. 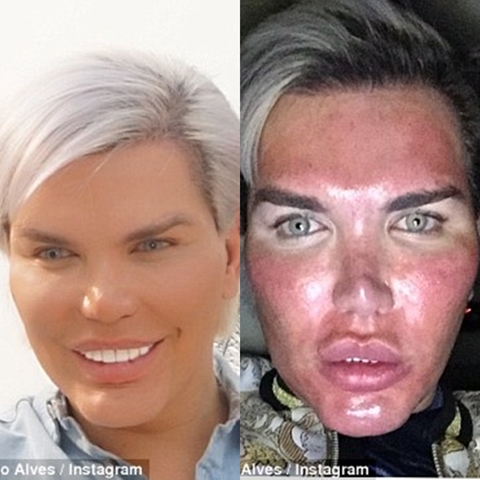 Human Ken Dol – Before & After
Rodrigo Alves who is known worldwide as the Human Ken Doll, and recently revealed that his plans to remove his ribs had been scuppered as doctors feared his lungs would collapse, has once again, booked himself in for another procedure as he showed-off the results of a chemical peel.
The 34-year-old TV personality who was captured on camera as he stepped out in Marbella on Tuesday, was involved in a chemical peel involves applying an acid-containing lotion to the face, letting it soak through and then peeling off the old skin to reveal fresh new skin in its place. 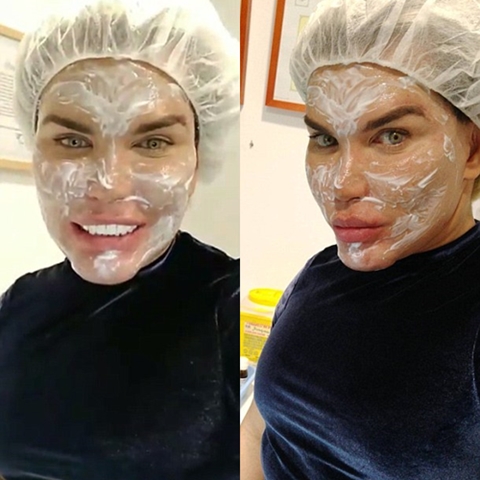 While speaking exclusively to MailOnline, Rodrigo said: ‘It was fairly painful, and my face looks red now. It feels like burning! Here in Marbella is very sunny and I can’t go out for the next few days unless I have a lot of sun protection!
‘In 2018, I’m turning 35 and my quest has never been to look perfect but to look ageless. Due to the lights from the TV studios and the make-up, my skin has been looking rough, but this treatment will make my skin look finer and younger.’ 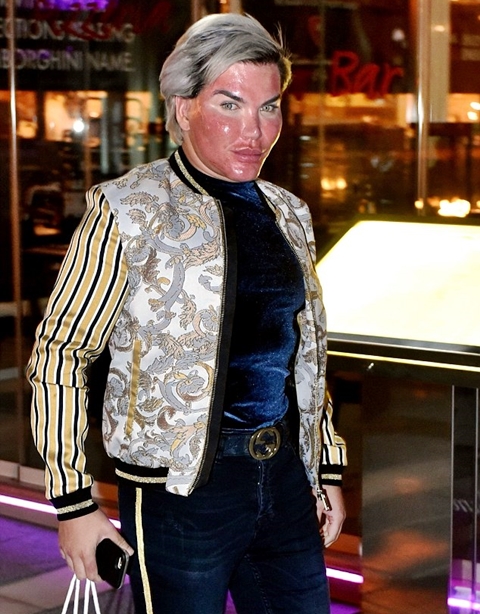 He added: ‘I would never let myself go and no one will ever see any wrinkle on my face. Some men think that only going to the gym and looking muscular is enough. I believe that men should also look after their faces with night cream and make-up just like I do. Taking pride in your appearance is loving yourself.’
Earlier this month Rodrigo revealed plans to have six ribs removed in what would be his landmark 60th cosmetic procedure. But he was left left frustrated after surgeons refused to perform the full procedure over fears it would compromise his lungs. 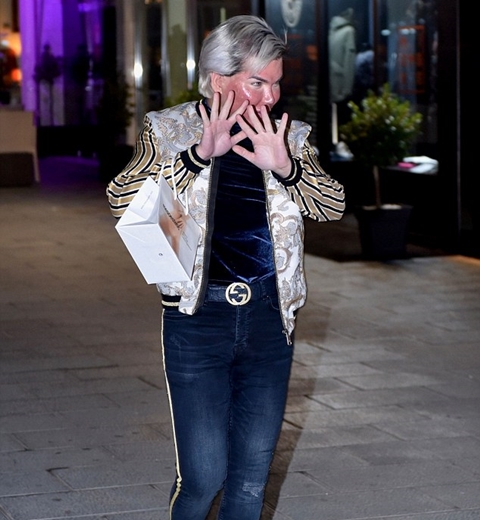 Instead, a top Hollywood surgeon will remove four floating ribs in a £28k procedure slated to take place next month to give the distinguished jet-setter, who has spent an estimated £400,000 on plastic surgeries, an ‘elegant and classic figure.’
Facebook Comments
READ  Revealed! Blac Chyna opens up on what she does not want with the Kardashians